About Me About Me

Vanessa Longo was born in Motta Livenza, near Treviso, in 1974. At the age of 14, she decided to enroll in art school at the Liceo Artistico Statale in Treviso. She took her “A” levels in 1992 with top marks.

Vanessa enrolled at the Academy of Fine Arts in Venice where she was awarded a scholarship for merit (1994\1995) and the “Erasmus” scholarship for exchange students which she fulfilled at the “Universidad Complutense” of Madrid in 1996. In 1997 she graduated university in sculpture with top marks.

In 1999 Vanessa moved to London where she created a media frenzy by joining art exhibitions, conferences, as well as by arranging her own personal events, having much success. However, in 2005 Vanessa decided to come back to Italy.

In 1999 she won “The Artist Residence Program” and had the chance to work in a sculptor workshop, Kalani Honua Inc. a Pahoa – Hawaii. Afterward, she set up the personal exhibition “Vanessa Longo half-naked and naked bodies ” within the international event “Tecniche liberal” at the “Galleria Modigliani” in Milan where she was brilliantly reviewed by judges of the competition at the “Rebecca Hossack” gallery in London.

Between 2000 and 2002 she joined the ”XX Premio Florence” arranged at Palazzo del Cinquecento painting pavilion in Florence and devised the art exhibition “Enigmas” at ”Cosmostudio” in Florence. She was appointed event organizer at the ”Kitchen Art Restaurant” at Bagno a Ripoli, (FI) as well as at the Art Circle “Labirinta” in Oderzo, TV.

During the same time, she worked as an environmental decorator at “Dreoni Giocattoli” in Florence and at the resort hotel “Tyrol” in Seefeld (Innsbruck). She then started teaching pottery decoration at the Residence “Borgo di Villa Bossi-Pucci”, Montagnana (FI).

In 2003, among other various commitments, she was appointed Art Director at the “Momoyama Art Bistrot” in Florence, illustrated several children’s books with the editor “Edizioni Tredici” in Oderzo, and worked as a decorator in the shop “Leonetti” in Naples. She also arranges her personal exhibition at “La Casa 139” art gallery in Milan.

At that time she joined the Free International Artists who had launched an intense artistic and cultural activity fostering values of camaraderie, free-thinking and free cultural exchange among artists. Afterward she became one of the leaders of the cultural circle where she took part at the “Festival Internacional Lucero del Alba” arranged by “Universidad Tecnològica Tula-Tepeji”; this led to the creation of twenty murals (Hidalgo, Messicothe international exhibition “La Città Nascosta” set up in 2004 by the association “Tempo Reale” at the Congress Centre “La Serra” (Ivrea), directed by Alberto Negro (Turin). 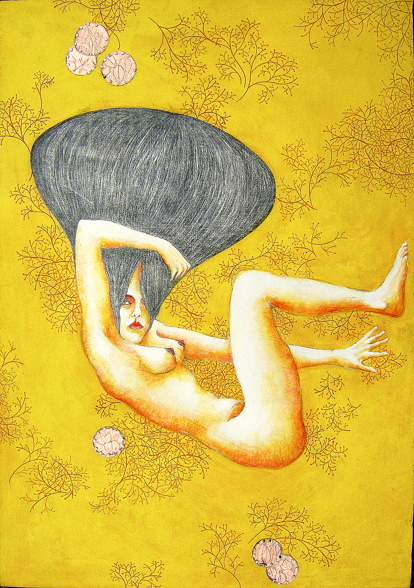 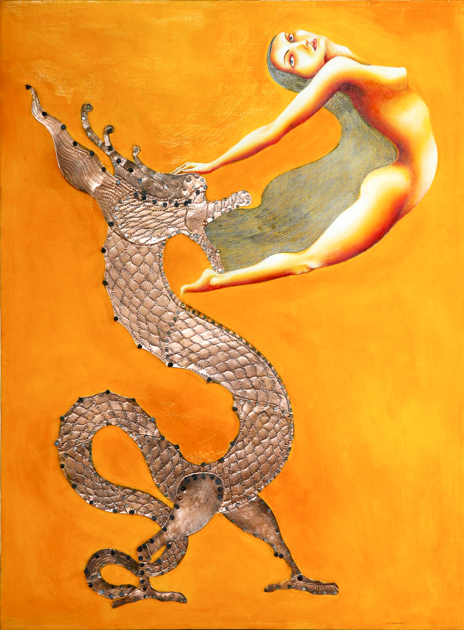 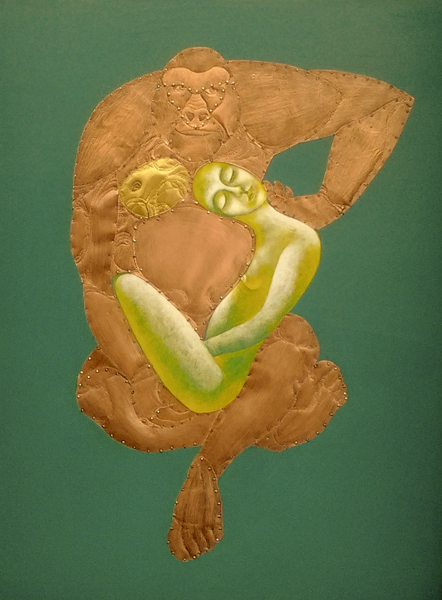 Other Significant experiences were

International exhibition “Stracci al Vento” presented in the Botanic Garden of the Science Faculty at the University “Federico II” of Naples by Enzo Marino; the “Fernando Santi Institute” and the Free International Artists, within the “Maggio dei Monumenti” in Naples, in 2005;

She joined the “VI. Women’s International Conference 2005” in Graz (Austria) under the artistic leadership of Christine Kertz, an event cherished by the cultural circle “Esmeralda”, founded by Frida Kahlo and Diego Rivera, and by the Art Gallery “Menache” in Mexico City. The event was followed by the international exhibition “Woman and Migration” at the Kunsterhaus in Graz.

In December 2009 she was awarded a grant and did her master’s degree in Art Management and wins a special prix from the jury of “nationale des beaux arts” at Carrousel du Louvre. Paris.

Vanessa currently lives and exhibits between Florence and New York.

Vanessa Longo is acknowledged in several catalogues and yearbooks, and her works are housed by private and public collections.

Other Significant experiences were:

From 2014 to 2017 Vanessa exhibits permanently at Visio Dell Arte Gallery, New York Chelsea (listed among the 20 best galleries in New York City by Time Out Magazine of May and October 2016).

2018 –  Wins the contest to be the Italian representative at “The Schoolhouse at Mutianyu”, China. www.theschoolhouseatmutianyu.com

2009   – Wins a special award from the jury of “Nationale des beaux-arts” at Carrousel du  Louvre. Paris.

2005  – International art exhibition “Homenaje al Dr. Miguel León Portilla” at: the “Galería  del Colegio Nacional, Mexico City, México then subsequently between
2005 and 2006 at:
– Unidad Iztapalapa Gallery at Universidad Autonoma Metropolitana, Mexico City.
– Culture Houses and Galleries of the Federal District Delegations, Tepeij Mexico.
– Hidalgo Station, System of Collective Transport Meter, Mexico City.
– State Councils or the Culture and the Arts of Republic area center that which is made up of ten States. Mexico.

1999 –  Wins the entry competition for a month workshop The Artist Residence
Program in a Hawaiian residence for artists Kalani Honua Inc – Pahoa, (Hawaii)